My Mother the Feminist

No one who ever met my mother would consider her a radical thinker. However, she encouraged thinking in her three daughters and she loved each of us dearly.

For my mother, this decision was not motivated by fear for her own life. She already had three daughters whom she loved, and the thought of them having to grow up without their mother scared her. She wanted to live to raise her daughters.

In spite of the best efforts of the medical staff, my parents lost their last baby girl 6 Sep 1968. I was twelve years old, and my sisters were ten and four. I was considered old enough to see the doll-sized baby in her little coffin, and I accompanied my father on the funeral trip to St. Stanislaus Cemetery, where she was buried. It was a solemn occasion, and it had a lasting impact on my family. 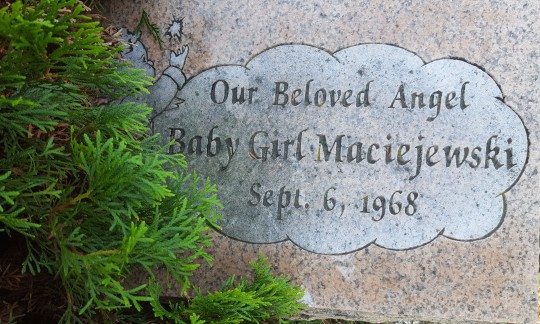 That’s why “Baby Girl Maciejewski” is included in our family history, and why, fifty years later, I continue to tell the stories of our family members who might otherwise be overlooked or forgotten.