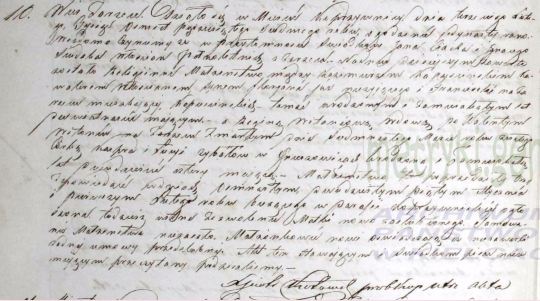 This happened in the city of Koprzywnica on the third of November in the year one thousand eight hundred fifty seven at eleven o’clock in the morning. We announce that, in the presence of witnesses Jan Ciach and Ignacy Swidak, peasants, both of age, from Zarzece, on this day a religious marriage was contracted between Kazimierz Kapuściński, a bachelor, a peasant, a son of Florian, already deceased, and of Franciszka who resides in Zarzece, married couple the Kapuścińskis, he was born there and resides there, he is nineteen years old; and between Regina Witoń, a widow after Walenty Witoń who died in Zarzece on the seventeenth day of March in the previous year, she is a daughter of Kacper and Łucja, nèe Zybała, she was born in Gnieszowice and resides there, she is twenty four years old. This marriage was preceded by three readings of the banns issued on the eighteenth, the twenty fifth of January and the first of February in the current year in the parish of Koprzywnica, as well as oral consent of the Mother of the groom was given. No impediment to the marriage arose. The newlyweds announced that they have made no prenuptial agreement. This record was read to the declarants and witnesses who are all unable to write, and we signed it. 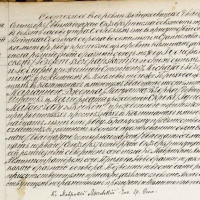 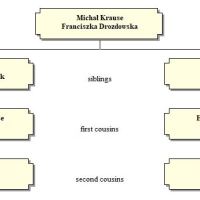