Both sets of parents had immigrated to the United States from West Prussia. The bride and groom were each born in Buffalo and baptized at Saint Stanislaus Bishop & Martyr Roman Catholic Church in Buffalo, Erie, New York.

Martin and Anna Szczepański had come from Szembruczek, Grudziądz, in 1881. In German, it was Klein Schönbruck (Kr. Graudenz), Westpreußen. Now, Szembruczek is in the Kuyavian-Pomeranian Voivodeship, or in Polish, województwo kujawsko-pomorskie. Marta was born in Buffalo and baptized on 15 April 1895.

Josef and Marianne Klein and three children Brunisław, Bronisława, and Martha arrived in New York, New York on the ship Eider from Bremen and Southampton on 18 Apr 1888. 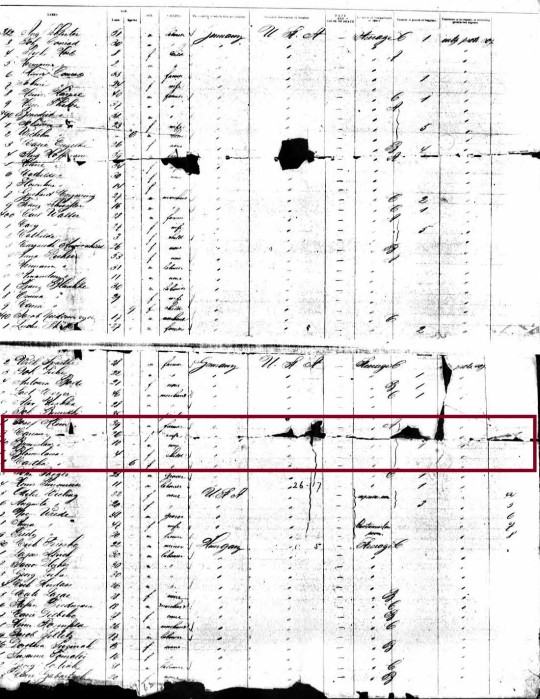 Feliks Maryan Klein was born in Buffalo 21 Nov 1890 and baptized at St. Stanislaus  Church in Buffalo, New York. Józef Klein‘s place of birth was identified as Kościelna Jania and Marya Chrzanowska‘s was listed as Leśna Jania. They were mistakenly identified as places in the Prussian province of Posen.

Feliks‘ godparents were Benedykt Klein and Konstancya Klein. Benedykt was a tailor who had immigrated to the United States in 1880. Konstancya was the wife of Roman Klein, a shoemaker who had arrived in 1880.

Joseph and Maria Klein appeared in Buffalo, New York, in the 1892 New York State census with their children. Bronisławka, Anna, and Felix. Their daughter Martha was not listed with them.

I found a page in the St. Stanislaus baptism registers with twins Marta Aniela and Roman Benedykt born Sept. 16, 1887, to Michał Klein of Kościelna Jania and Martyna Cięzka. Martyna is Latin for the Polish name Marcianna/Marcjanna.

Although the Szczepański  family had already moved to Bennington, Wyoming, New York, for the 1900 census, the Joseph and Mary Klein family was at 74 Reed Street in Buffalo. The correction in the record suggests that Mary was Joseph‘s second wife, married in 1885. Felix’s half-sister Bronisława/Anna was listed as Agnes in the 1900 census, and she may have been Anna Klein who married Bolesław Kapanek about 1904. John Klein, age 48, was listed as a boarder with Joseph and Mary in 1900.

By 1910, the Joseph Klein family had moved to Bennington, New York. In the census, Felix Klein was listed as a farm hand with his sister Helen and her husband Arthur Fox on Harlow Road in Darien, New York.

Joseph Klein died 26 Nov 1912. He was buried in Sacred Heart Cemetery in Bennington, Wyoming, New York. With her younger sons, Mary Chrzanowska Klein moved to 47 Rich Street in Buffalo, New York, before her death in the 1930s.

After their 1913 marriage, Felix and Martha Klein lived on Town Line Road in Bennington, Wyoming, New York for the 1915 census.

But when Felix registered for the World War I draft in 1917, the couple lived at 219 Loepere Street in Buffalo, New York, with their two children. The family was at the same address for the census in 1920. 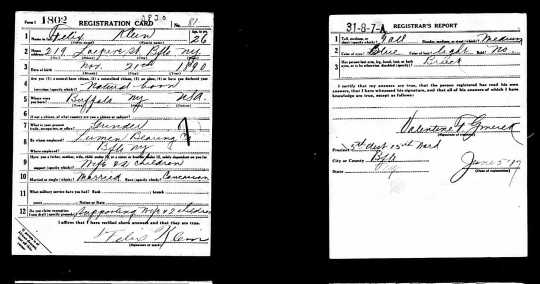 By the 1925 New York census, Felix F. and Martha Klein had moved to Allegany Road in Bennington Center, New York. Felix also used the middle name Florian, because it was the name listed in 1942 when he signed up for the World War II draft.

Felix and Martha farmed for many years in Bennington before they retired to 1910 Sharrick Road, in Darien, Genesee, New York. They both died in 1964, and were laid to rest in Sacred Heart Cemetery in Bennington, Wyoming, New York.

The children of Feliks Klein and Marta Szczepańska were: 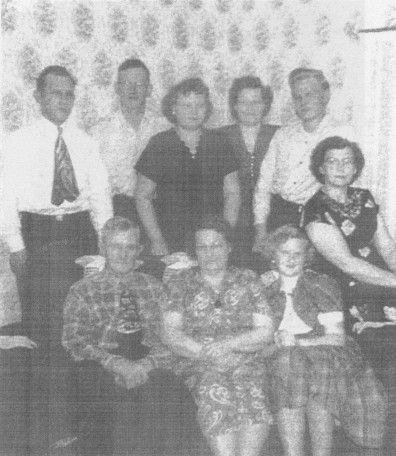 Felix and Martha Klein and Family (1963)