My Aunt Imelda was a source for much of the family history I learned growing up. She was interested in people, and lived in her mother’s old house on Strauss Street in Buffalo. For a time when I was little, she ran my grandmother’s old store that served the neighborhood. I still remember the meat slicer I was not allowed to touch. Even more vividly I remember she had a candy counter with penny candy and a freezer of little ice cream cups.

Imelda Teresa Maciejewska was born 28 Jun 1915 in Buffalo, New York to Antoni Maciejewski and Marya Szczepańska, and was baptized at St. Stanislaus Roman Catholic Church. She was named by her godmother, Marya Maciejewska, and given the name of a nun. She said that because her name was unusual, she was called Emily, although close friends called her Imelda. Her father’s mother had been born Weronika Lewandowska on 2 Apr 1848 in Niezywienc, Strasburg, Marienwerder, Westpreußen, Preußen, now Nieżywięć, Bobrowo, Brodnica, Kujawsko-Pomorskie, Poland.

It is derived from the place name Lewandów, itself derived from the Old Polish word lewanda – ‘lavender‘ (lawenda in modern Polish). It is most frequent in mid-northern Poland, making up as much as 1,1% of the Kuyavian-Pomeranian Voivodeship‘s population (the record of Poland). The surname was recorded for the first time in 1673, although Lavendowski, which is probably its variant, is known since 1608.

On 26 Jun 1934, Imelda Maciejewska married Edward J. Lewandowski at St. Stanislaus Roman Catholic Church in Buffalo, New York. The reception was at her parents’ house at 80 Strauss Street, and was an item in the Buffalo News on page one on Thursday, 28 June 1934.

Edward Józef Lewandowski was born in Buffalo 7 Dec 1909, the son of  Wojciech (Adalbert) Lewandowski and Konstancya Kaczanowska. He was baptized at St. Casimir Roman Catholic Church 12 Dec 1909, and his marriage was recorded with the baptism record.

His parents came from Inowrocław and Kościelec in Posen (Poznań in Polish). Today both places are in Kujawsko-Pomorskie, Poland, about 50 miles from Nieżywięć. 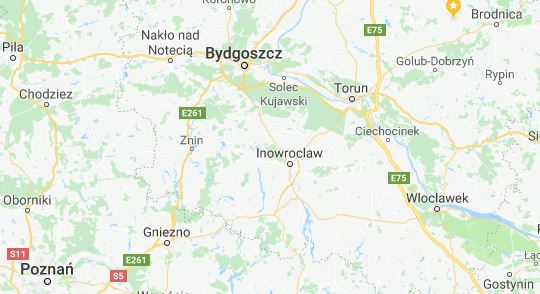 Inowrocław was called Hohensalza in German. It is an industrial city located about 40 kilometres (25 miles) southeast of Bydgoszcz. It had several churches, and finding more about Wojciech Lewandowski‘s birth will require more research.

Kościelec was called Rabenburg in German. It is a small village in the administrative district of Gmina Pakość, in Inowrocław County, approximately 4 miles west of Inowrocław. 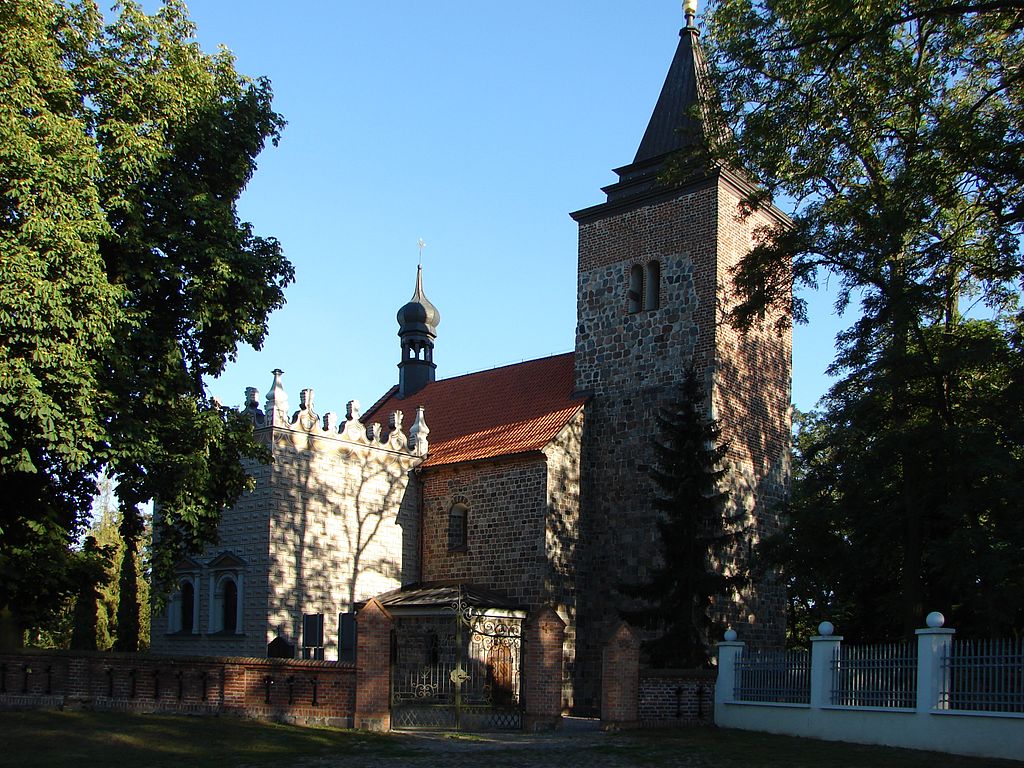 The catholic church in Kościelec, named Kościół św. Małgorzaty, after Saint Margaret, had a baptism record for Konstancya Anastazja Kaczanowska.

She was born in Leszczyce on January 8, and baptized on January 9, 1885. Her father, Jan Kaczanowski, was identified as ovilio, Latin for shepherd. Her mother was Franciszka Matuszak. I had originally thought there may have been twins, but only “1” is listed in the column for legitimae puellae, Latin for female child.

I listed people here with their original names, the names their Polish speaking parents gave them. Prussian church records often included Latin or German versions of first names. American records sometimes had Americanized versions of the names. For example, the website “Behind the Name” explains that the name Wojciech is “derived from the Slavic elements voji “soldier” and tekha “solace, comfort, joy”. Saint Wojciech (also known by the Czech form of his name Vojtěch or his adopted name Adalbert) was a Bohemian missionary to Hungary, Poland and Prussia, where he was martyred.” In America, Wojciech Lewandowski often used the name Albert. 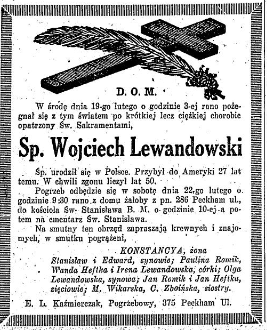 Jan Rzepka’s Wife and Children Returned to America in 1925